Lithography is a method of printing originally based on the immiscibility of oil and water. The printing is from a stone or a metal plate with a smooth surface. It was invented in 1796 by German author and actor Alois Senefelder as a cheap method of publishing theatrical works.

Andong Wang graduated from the Guangzhou Academy of Fine Arts in 1984 and Concordia University (MFA) in 1993. He is a member of the Society of Canadian Artists, an international member of the Portrait Society of America and the chairman of Sino-Montreal Visual Arts Research Association. His two masterpieces, “the eternal smiling ” and “unforgettable”, were selected honorably in the album “Diana in art” which the British Royal family collected in 2007. His work “Portrait of Pope John Paul II” was selected respectably as the only iconic poster on “Canadian International Family Festival “(1994), and printed worldwide into various form of images. His work has been regularly participated in the “International visual arts exhibition” and “ International Art Expo” in China, USA, Canada and other countries. 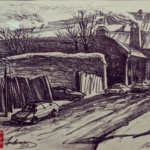 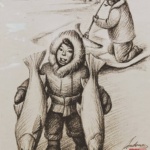 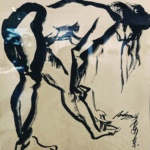 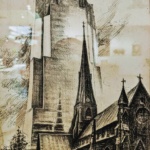 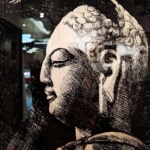 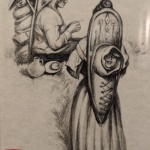 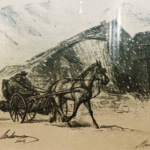 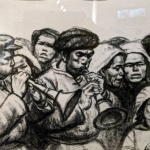 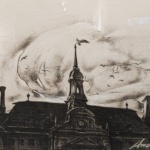 This work is licensed under a Creative Commons Attribution-NonCommercial 4.0 International